WebBuildersGuide.com earns commission from some of the web builders and hosting providers listed on this website. Learn more

Users have a lot of website builder tools to help. And developers have a lot of developing tools at their disposal. These software tools can help do a lot. You can write codes from scratch. Edit and debug it. And even maintain it using these free software solutions. Also, contemporary tools are incredibly convenient to use. This is because they take care of some small and distracting stuff. Like you don’t have to worry about unclosed quotation marks, brackets, or indents.

Integrated development environment (IDE) tools also make it possible to update the contents of the files stored on remote servers. Plus, you can also see the history of all the changes.

Another great thing about these software solutions is that a lot of them are available for free. But what baffles developers is the choice. There are so many options that a lot of time has to be spent finding the right tool.

To make this choice easier for developers, we have curated a list of the best free software solutions.

Every tool in this list falls into one of these three categories:

Multifunctional Integrated Development Environment or IDE – A tool that comes with the combined capacities of tens of applications.

Cloud IDE – An Internet-based service that lets you write, edit, run, and compile your code with ease.

You can analyze all the software options and their features in this article. And then you can find the tool that is the most suitable for you. 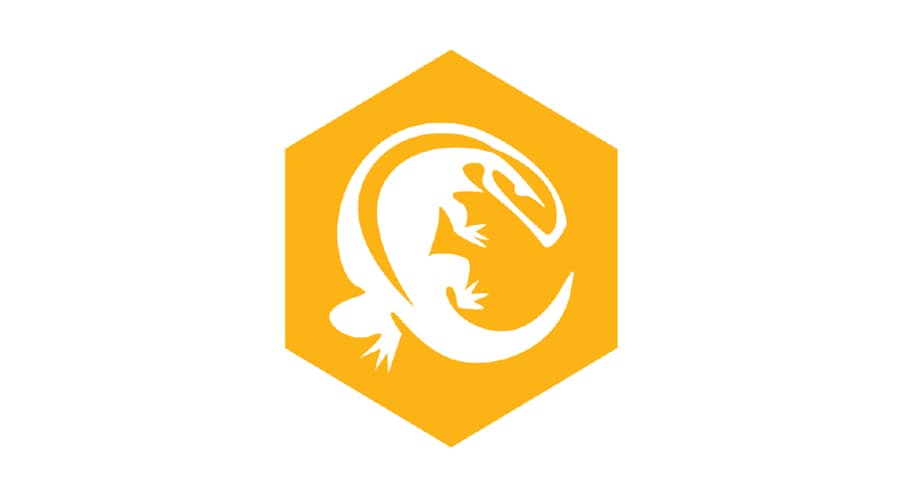 Komodo Edit is the mini version of a full-fledged environment. And users can make use of the basic editor’s functionality.

Despite the presence of some in-demand high-end services, Komodo Edit operates smoothly. No matter which function you use. You can connect extensions and also get syntax support in different languages. Besides, this editor has proved to be the best in XML processing.

Support is available in a variety of languages; 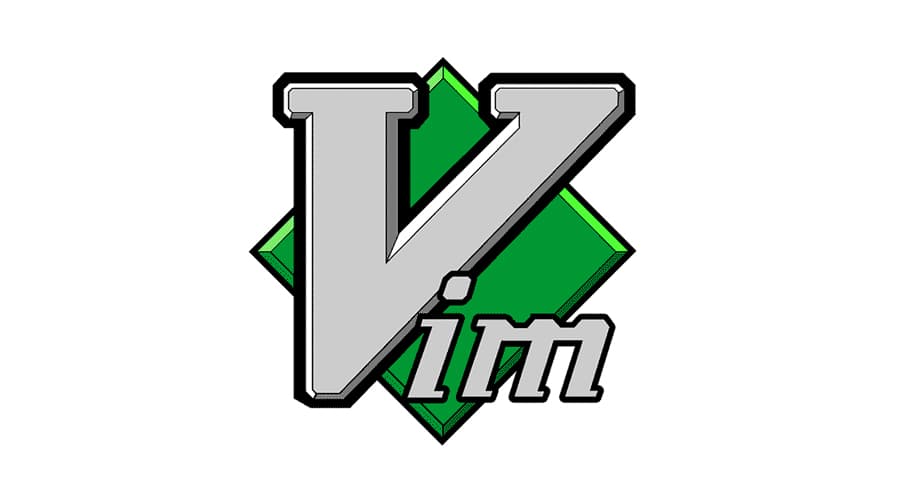 If you’re familiar with the Vi text editor used in Unix systems, then you can think of Vim as its extended version. Thanks to its extensions and plugins, it has become possible to edit the code using Vim. And to quickly master the product, you can play a tutorial game called Vim Adventures. Or you can follow a more traditional way and study a small cheat sheet.

A large selection of additions are available for enhanced functionality;

There is a possibility of integration with different apps;

A complete history of user cancelations. 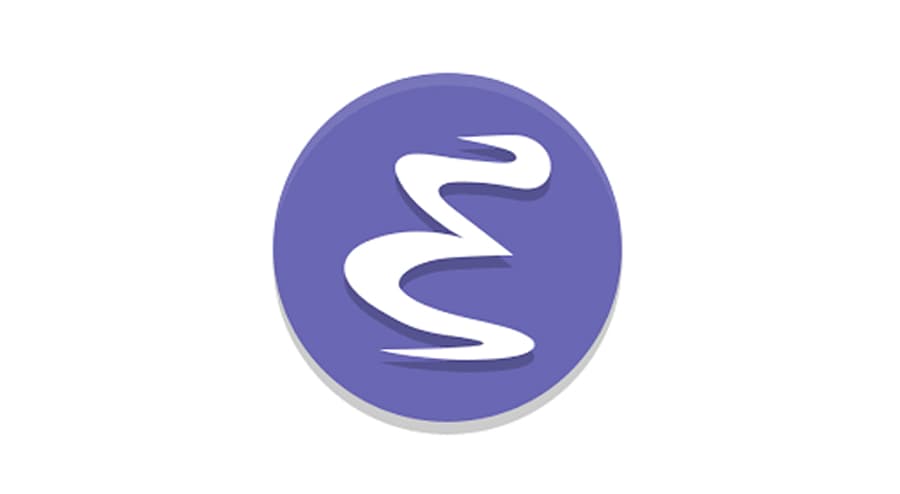 GNU Emacs is a variation of the Linux system’s basic code editor. It might not come anywhere near Vi in terms of simplicity and ease of learning. But it is a much more powerful tool that offers a more serious set of functions.

Operation in several modes of editing, syntax highlighting for a concrete language’s code;

Possibility of desktop environment configuration, including a visual interface;

The presence of the extension manager, email client, and scheduler;

In-depth guidance is available to make it easy to use for beginners. 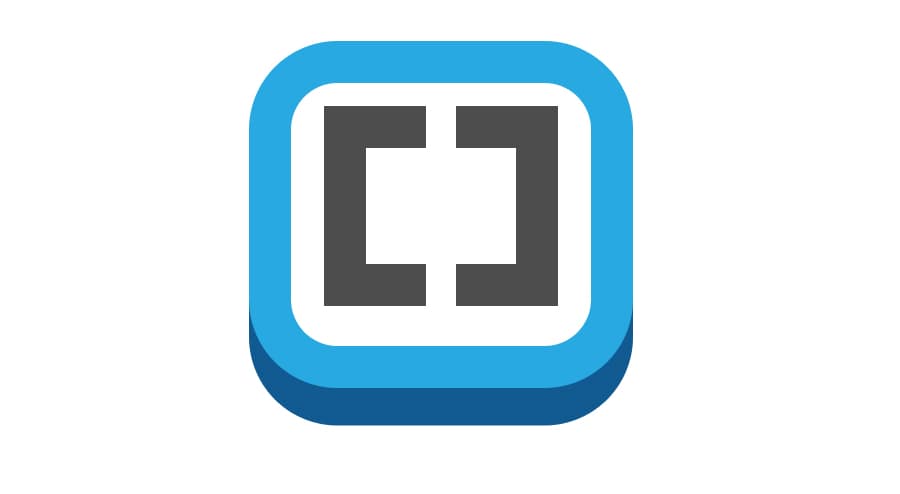 Adobe Brackets is a relatively new entrant in the market. But with its launch, it has become much easier and quicker to develop web pages directly from the browser. If you’re a specialist in the field of design or programming and work on the front-end or user interface, then Adobe Brackets, with its focus on visualization, will be the perfect choice for you.

HTML-code and styles visualization. You can view the changes and do the edits in real-time;

PSD-files processing; there’s no need to use Adobe Photoshop for image import;

NOTE: Don’t forget to check free alternatives to Adobe Photoshop if you need free development tools for web design, interfaces or graphics creation.
Use this tool 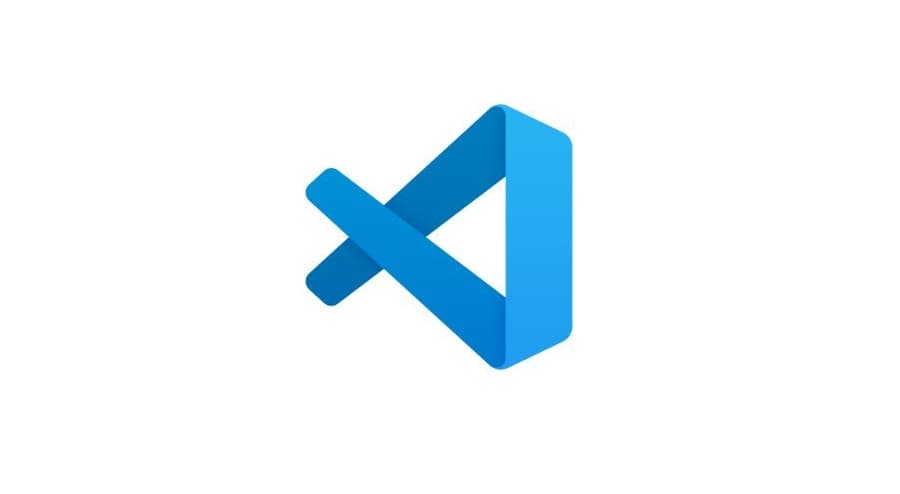 While compactness is its USP, the Visual Studio Code (VSC) has still got good functionality. Thanks to its plugins, you can use this software for much more than just working with JavaScript. It also comes with Node.js platform support and a code debugger.

Visual Studio Code’s most interesting and valuable capacity for programmers is that the editor itself supplements the names of the already known functions. Through prompts with links, it becomes easier to search for what you need in every file. 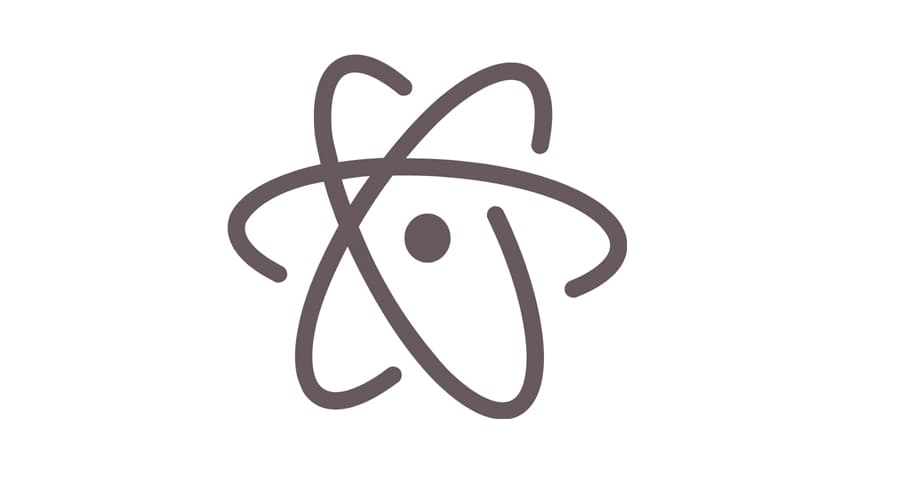 With Atom, you get an option to either use it with the default configuration or apply some additional settings. There’s a package manager at the base with which it becomes a lot easier to search, create, and install the modules. The basic version comes with eight design themes that you can use. But if that is not enough for you, then you can install other themes created by other users.

Possibility of simultaneously working with multiple files in the multi-panel interface with a divided work area. 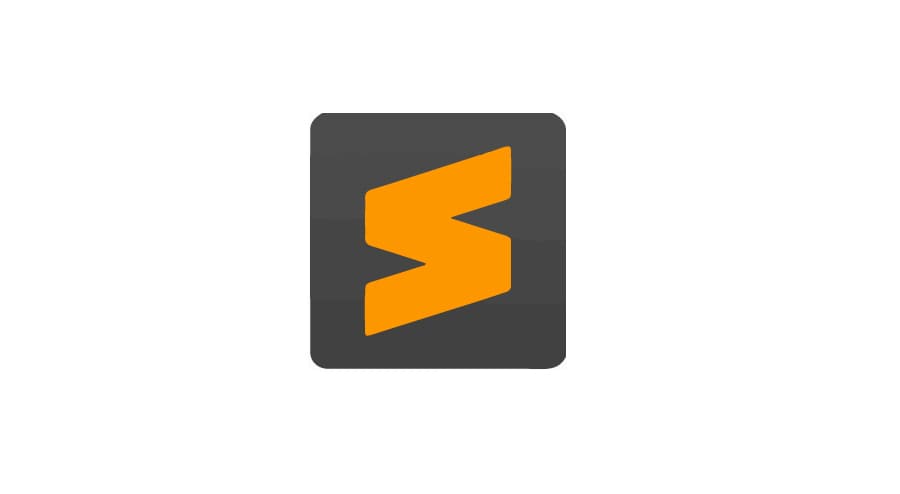 Sublime Text 3 has lots of advantages. Working with it is easy and quick, and it won’t even use much of your system resources. If it’s necessary, you can easily broaden the functionality of its cross-platform editor, though all the required functions are available in the basic version itself. A premium license is available for $80, but it isn’t a necessary investment.

A work area that is divided into multiple windows;

If you install Sublime plugins, you can use other design themes, choose a language, and work with code debugging. 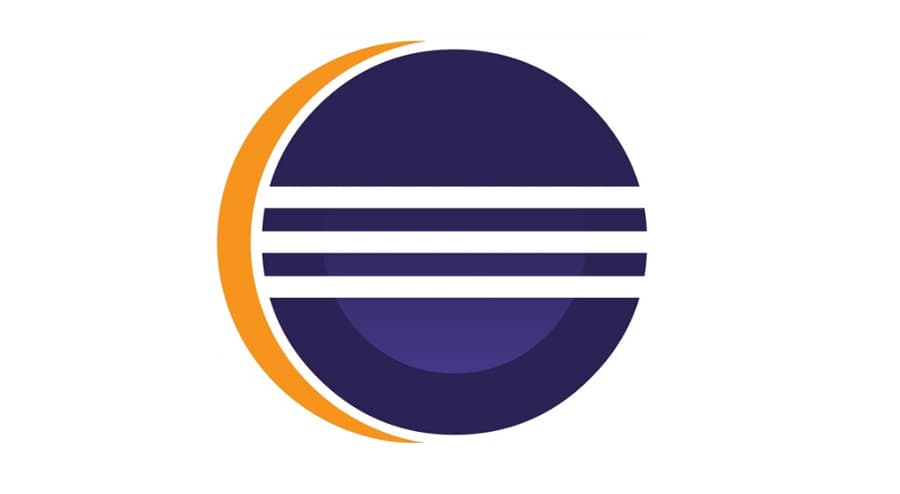 Eclipse is the perfect choice for those who often shift to different languages and work with different platforms. Eclipse comes with multiple language support, which includes JavaScript. Also, this IDE will definitely help you with your mobile app development. 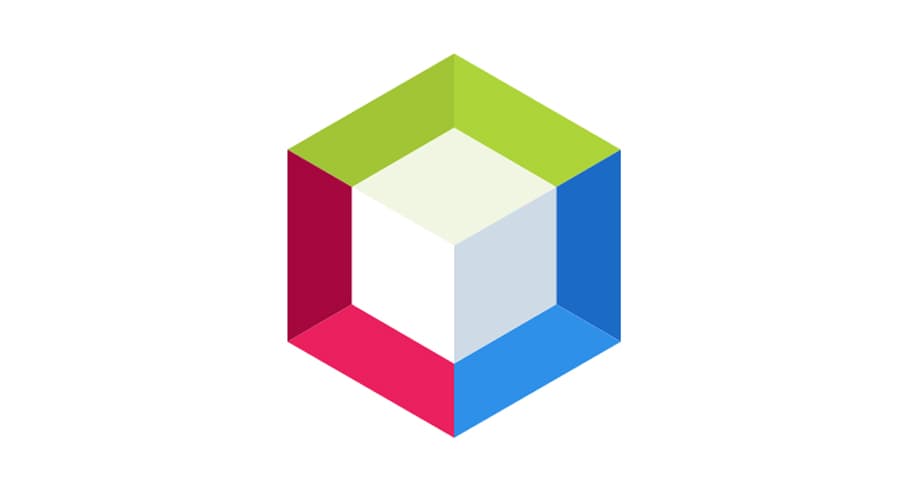 NetBeans is a globally popular IDE that allows creating apps of any kind. With NetBeans, you can create apps for PC, mobile devices, and even web-versions. This IDE has a built-in Java code analyzer with C++ and PHP support. There are lots of contemporary tools for HTML5 and JavaScript procession that make the developer’s task easier.

While working with NetBeans, you can use its code highlighting (syntax and semantics), indent placement, and simplified refactoring functionalities. You also get prompts that make work easier. Moreover, the creators haven’t forgotten about fragment code generators and snippets, so you do get a lot of features. 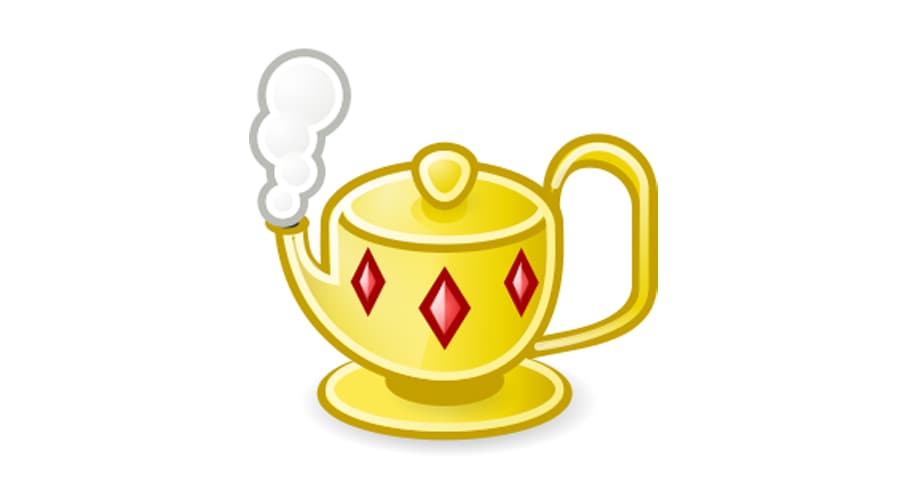 Geany is one of the easiest and quickest IDE tools out there. With Geany, you can work conveniently with many popular programming languages.

Syntax support for a variety of languages with highlighting function; 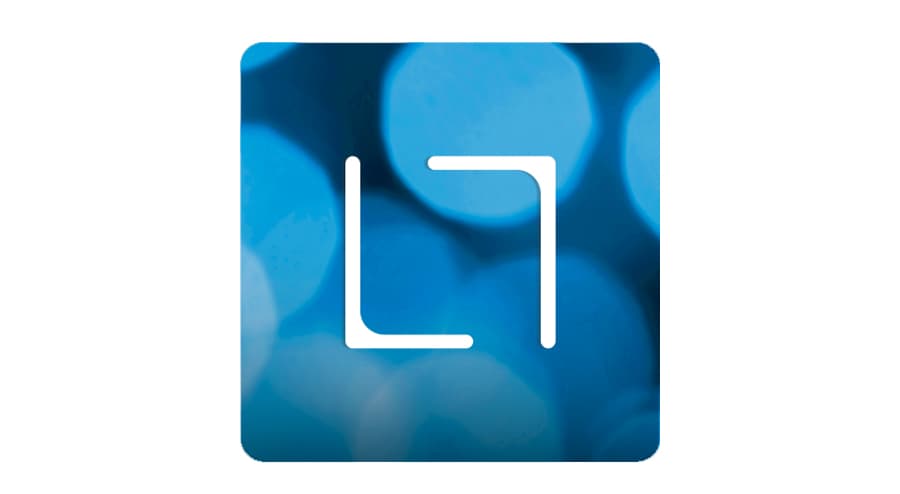 Light Table creators have brought to life the idea of organizing a user-friendly work area that offers developers a significant level of comfort. With Light Table, you can create a desirable interface independently by dragging the elements in the right order. 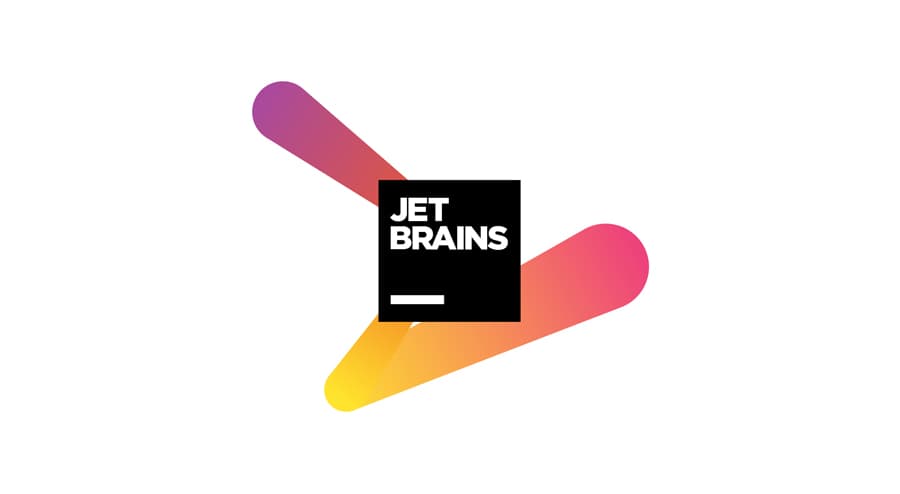 Using JetBrains is convenient mostly because it offers a whole set of specialized development environments. You can also work with any of the most popular languages.

This development environment ‘s evident advantages are powerful tools and smart editors specially configured for working with a concrete programming language, given its syntax and logic. The developers behind Jet Brains have provided their products with great analytical possibilities and a robust testing and code debugging process. You are also allowed to move easily within the project. Plus, you get work support with the version control systems.

However, there are two evident cons of using JetBrains. The first one is its cost. It is only available for free for a 30-day trial period. And the second con is that you must be prepared for the fact it will demand too much of your system resources. If you can overlook these two downsides, JetBrains is a great solution.

Earlier, most apps could only be used on a stationary PC. But most of them have now moved to the cloud. The same is true for IDE too. User-friendly and cloud IDEs are a favorite among developers.

Also, there is a GitHub tool for programmers that you can use to avoid discomfort while switching to the new technology. 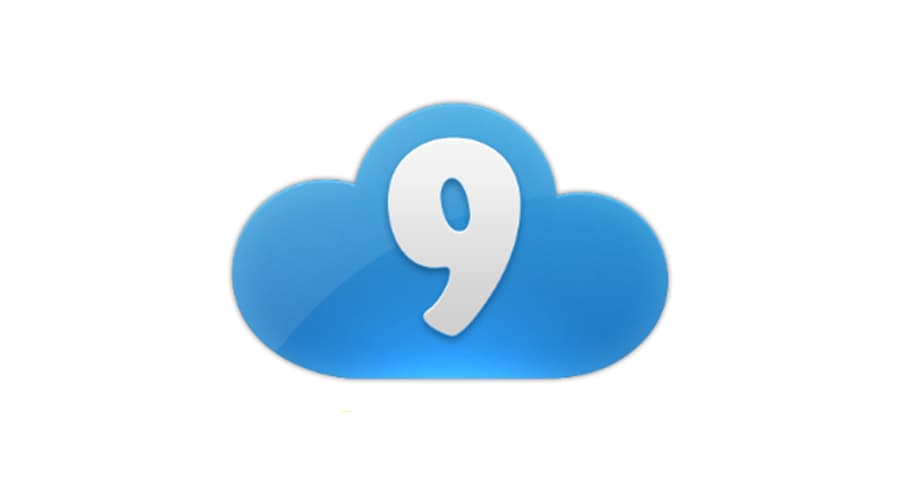 This cloud environment – Cloud9 – is popular among both designers and front-end developers. It is created using JavaScript, and Node.js is responsible for the server-side operation. Besides, the developers also added syntax support for many popular languages.

Presence of the Vim mode; 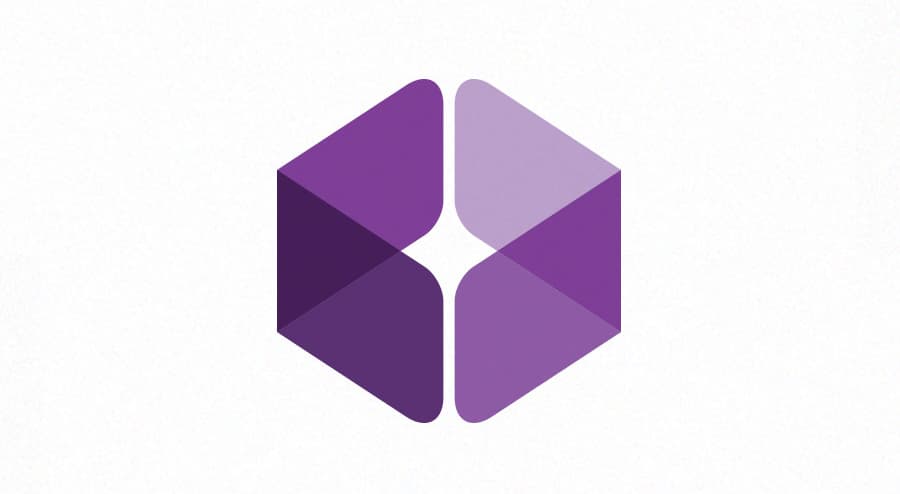 Web developers consider Codeanywhere IDE to be one of the most user-friendly cloud environments. It gives you complete freedom. And you can work even from mobile platforms.

This IDE has syntax support for many web programming languages, including JavaScript, SQL, and PHP. You can share files with your colleagues via Dropbox and SFTP-client. There’s also a backup function that comes in handy. 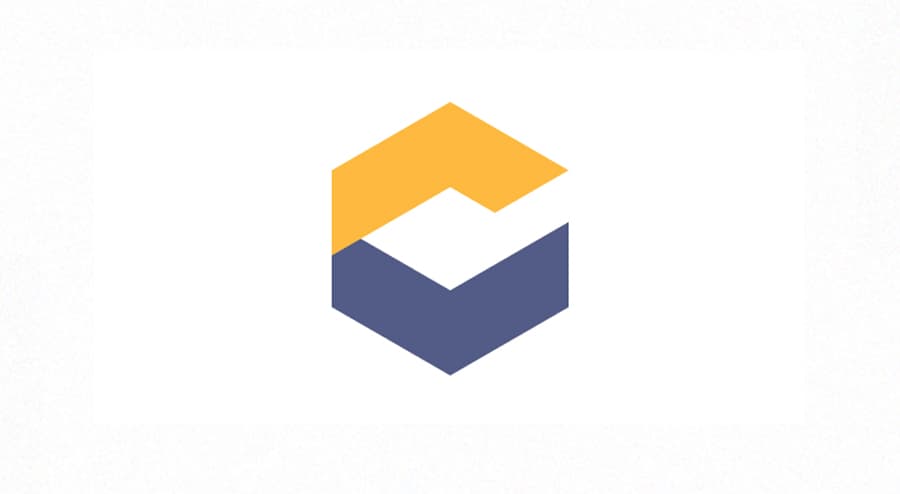 Eclipse Che is a multifunctional tool for working with the code, both for development and execution. Users can also install and configure the necessary plugins to meet their additional needs.

This cloud IDE has both single-user and multi-user configurations. The multi-user configuration allows for simultaneous development on several workplaces that are separated from each other. Developers can also control the levels of user access for others. This is possible using the Except Permissions API. Also, there is the KeyCloak facility that records new user logins and requires authentication when logging in. Plus, the PostgreSQL database management system saves all the user data for the future. 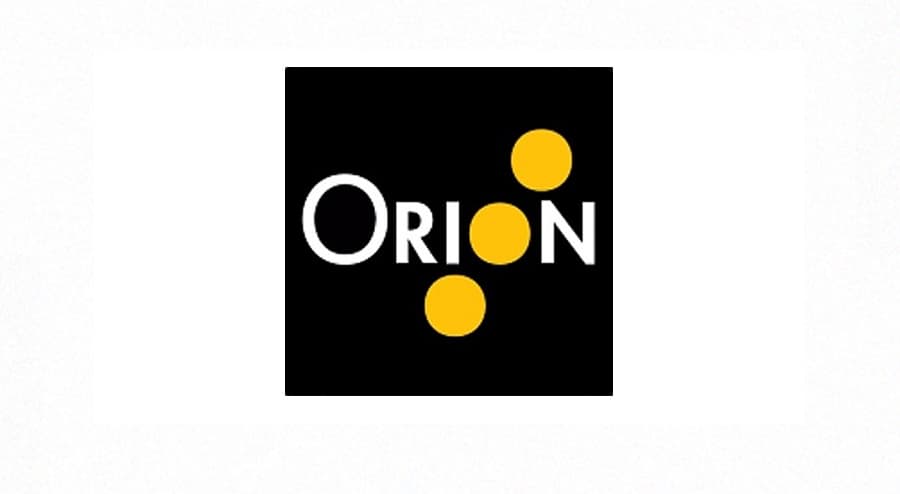 Orion hasn’t been around for long. It was developed on the base of Eclipse Java IDE, which is a legend in itself. And all the good things were thoroughly tested throughout the years and then were transferred to the cloud environment. However, both the interface and power remained the same as Eclipse.

Orion is mainly used for front-end development. And you can find reliable CSS, HTML, and JavaScript support along with the possibility of using add-ons. The work on the cloud environment hasn’t been finished yet, and some new functions are likely to appear soon. It will also mean an expansion in the list of supported programming languages.

With that, we have come to the end of our list of the best software development tools for developers. While all these tools come with robust functionality, you can select those that match your specific set of requirements and ease your workload.

10 Must Have Software Development Tools 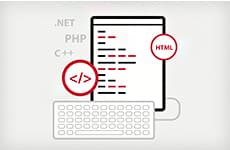 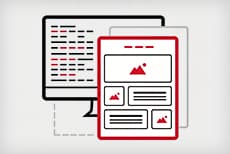 As a professional web designer, I developed my first website in 2005. Since then I have created hundreds of web designs and dozens of ready-made websites. At the same time, I also write guides and articles about website development. At WebBuildersGuide, I write on website building software and compare their capabilities. In doing this, I try to be as objective and impartial as possible.